Tumnob Rolok commune is on the coast of Kampong Som Bay in Steung Hav District. The population is mostly poor, and 80% of the people depend on fishing in the sea and seafood processing. The remaining 20% work mainly in the services sector. Their living situation is not good enough for a happy life. They fish in the sea, and they process seafood in traditional ways without the skills and techniques needed for producing foods that meet modern market requirements. 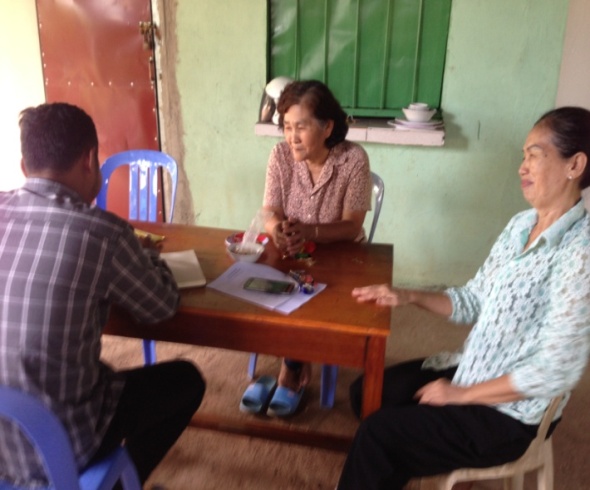 Morodok provided technical support to build their capacity in financial management, loan management, and development of structures, rules and regulations for the CRF to run effectively.

Members of the CRF now have the ability to process the funds well. Community members are happy to access the funds for their small businesses.

She expressed that “I almost did not believe myself that I can lead and manage the finances of the CRF effectively with the entrepreneur groups; but I have now obtained skills and received training in leadership, management, loan management and business skills from Morodok. I think that the CRF is good for helping poor people in my community to develop and improve their social economic development, and I will try my best to continue working with the CRF more.”

Phnom Top Cheang is a peaceful place.  Local villagers look after a community forest on the side of the mountain and sell honey from hives placed in the forest.  A waterfall attracts eco-tourists on a regular basis.

In November 2016, the members of Phnom Top Cheang community forest were busy.  Their largest ever tourist group was about to visit: 120 Cambodian adventurers organized by the camping group Camid Explorer.  The villagers divided into separate committees.  One committee looked after administration, while a second committee prepared food.  A third committee acted as tour guides, explaining the secrets of the forest and the local flora and fauna.  Luckily for the homestay committee, who had never before looked after such a big group, the tourists brought their own tents.

Phnom Top Cheang has not always been the peaceful oasis it is today.  Up until 1996, the area had been controlled by the Khmer Rouge.  After putting down their weapons under a government amnesty deal, the community faced new conflicts: with armed logging groups; with a logging company cutting timber outside of their concession area; with wildlife rangers who dismantled farmers’ cottages and fences in the state forest; and with a Chinese hydropower company that built a road through their farmland.

By the time AFSC handed over the program to Morodok in 2011, some semblance of normalcy had returned to this conflict-ridden area.  This opened the possibility of opening the area’s pristine beauty to community-based ecotourism.   The villagers’ community-based eco-tourism project now has its own website ( www.cbet-ptc.org )​​. 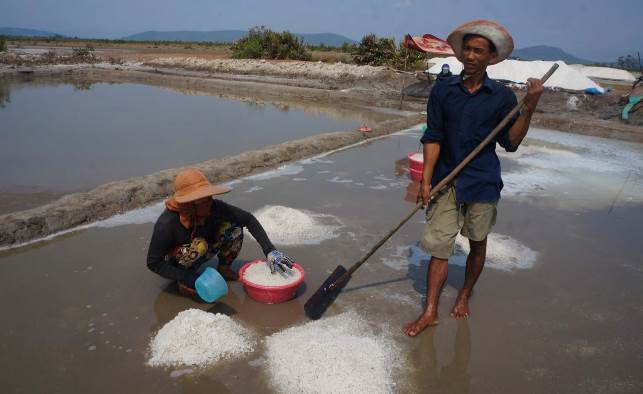 From year to year, marine salt production relies on the climate. In some years, a long dry season with excessively hot temperatures has impeded Noun Nim from producing much salt. Too poor to pay for the extra labor required to clean the salt field, Nim encountered a lot of difficulties. END_OF_DOCUMENT_TOKEN_TO_BE_REPLACED

MORODOK organization will post the job opportunities announcement on this page