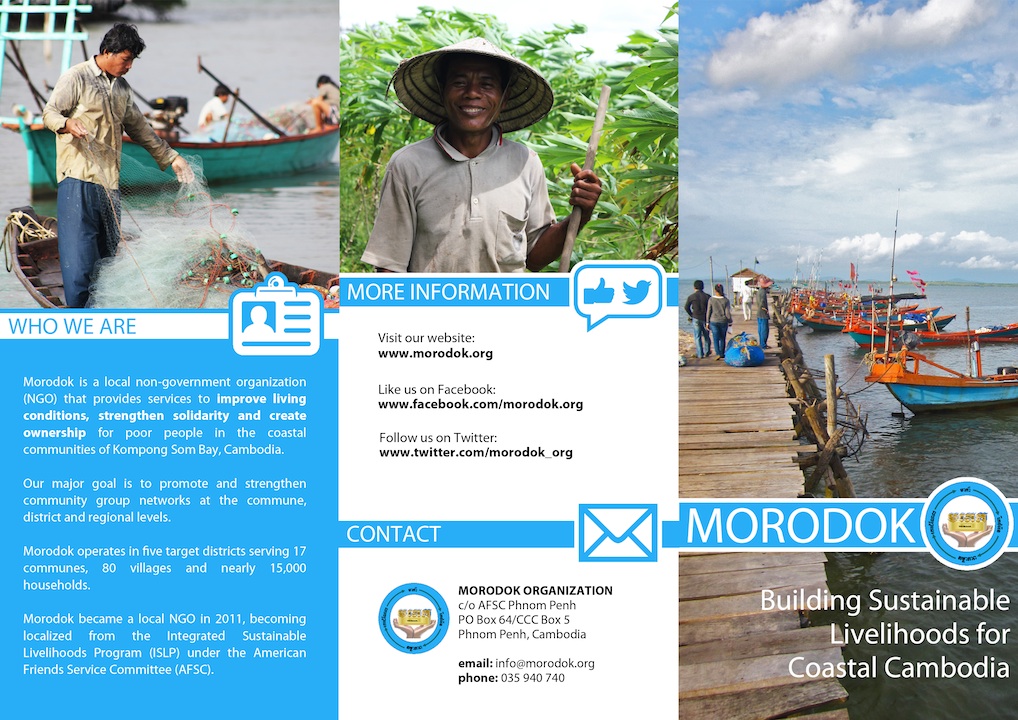 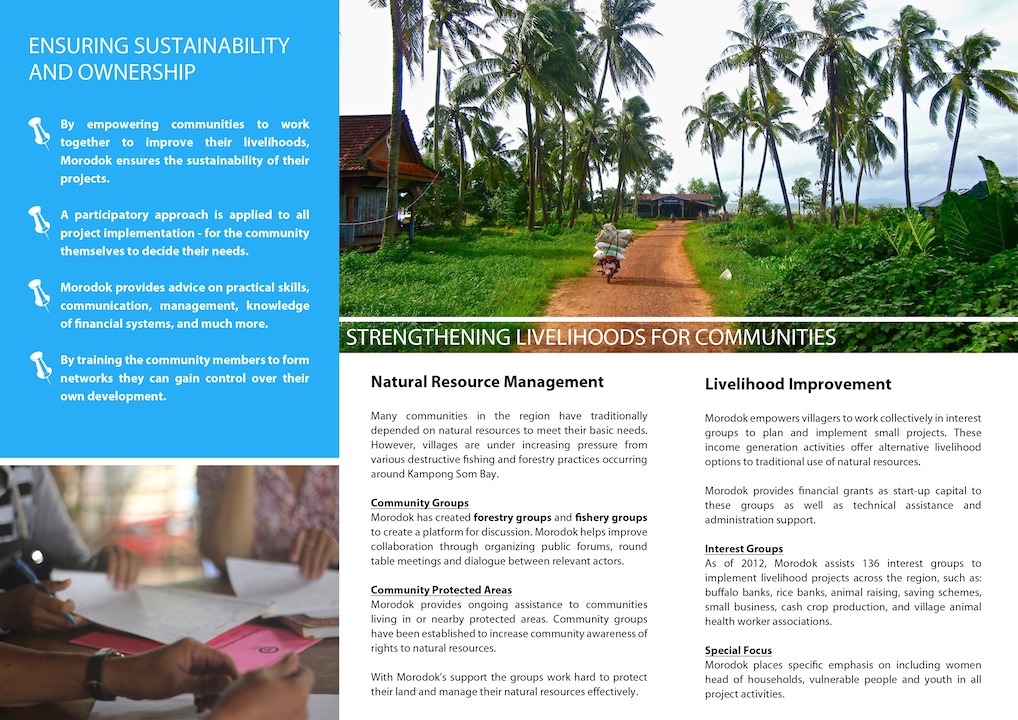 AFSC has been working partnership with the Ministry of Agriculture, Forestry and Fisheries since 1982. In the 1980s, AFSC worked in mainly in community development, animal health, irrigation and water supply, in Kompong Chhang and Pursat Provinces, as well as technical capacity building at the national level. By the mid-1990s much of this work was complete. Many project activities had become sustainable or could be transferred to larger organizations then beginning to work in Cambodia.

It is AFSC’s aim to focus on helping the poor to better provide for their livelihoods and assisting local authorities in areas that are not being served by another international organization. In 1997, following discussions with officials at the national level and in Koh Kong province, AFSC initiated the Integrated Sustainable Livelihoods Program in Sre Ambel and Kompong Seila districts. At that time, AFSC was the only international NGO with a project based there. Five years later, when the ISLP Strategic Plan was developed, the area continued to be underserved.

While the target districts were initially very isolated and difficult to access, they have undergone rapid change. Major demographic, political and infrastructure changes have significantly altered the socio-economic environment and the use of natural resources in the area. This had a major effect on local communities, who have always depended heavily on natural resources to survive. Main activities have traditionally been logging, collection of forest products, fishing, and basic agriculture.

The 1999 logging ban cut off an important source of income for poor local villagers. Those who remained were motivated to protect their remaining forest area. These communities faced a pressing need to find legal, sustainable ways to make ends meet. However, this transition requires a significant change in livelihood activity and resource use. In 2004, a new road was built linking the area with the Thai border, resulting in the arrival of new stakeholders [outside actors] and further changes to local market economy. Changing and often competing claims on land ownership and use have led to problems such as land speculation, illegal logging and conflict.

In parallel, the Sub-decree on Community Forestry (2003) and Sub-decree on Community Fisheries (2005), as well as the Forestry Law (2003) and Fisheries Law (2006) were passed. The drafting of these laws was a positive step towards the establishment of a legal framework for community-based natural resource management in Cambodia. Regulatory changes engaged debate and dialogue between communities, government officials and civil society. When rules are clearly understood and enforced they will help communities and officials to meet the requirements.

The integrated strategy carried out by AFSC in the area reflects the interconnectedness between the health of the natural environment and the wellbeing of the communities. Effective and sustainable community management of natural resources in partnership with official authorities is essential. Such collective management is necessary to protect the environment itself, to prevent conflict between groups, and to preserve people’s livelihoods, both now and for future generations. END_OF_DOCUMENT_TOKEN_TO_BE_REPLACED